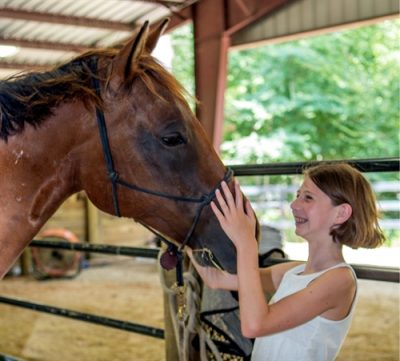 A therapeutic riding program in Magnolia, Texas, put a Parelli Foundation grant to excellent use in December 2018. Christi Rains, a 4* licensed Parelli Professional, spent 2 days with horse handlers at Inspiration Ranch, plus a half day with volunteers, drawing on not only Parelli skills but also insight from renowned animal scientist Temple Grandin.

Christi’s motto is “The more I learn, the smarter my horses get.” She transferred this belief while teaching team members. “When they played the ‘can you …?’ game and developed new challenges, they were amazed at how connected their horses got,” Christi said. “There was a draft horse that never cared to play before. He was at the gate the morning after the touch-it game. They were amazed at how smart this horse was.”

Sheila Greaver, vice president of development and communications at the ranch, briefed Christi ahead of time. The focus became Level 2 fundamentals, as Christi explained: “They needed help working with oppositional horses. We also helped the volunteers with personal space, understanding how to get more respect with the horses, and how to look for things to reward the horses. Another thing we did was to enrich the horses’ lives and make things more interesting for them. These horses get bored doing the same things over and over. We showed them how to set challenges for the horses. Temple Grandin talks about the different systems of mammal brains. The seeking system is what causes us to want to do our best. You work so hard for it, and you finally get it, and then you wonder ‘what’s the next thing’? It’s not the thing that makes us feel good; it’s the striving for the thing, which releases endorphins in our brains. Horses have that same seeking system. It makes them feel good when you set up challenges for them. 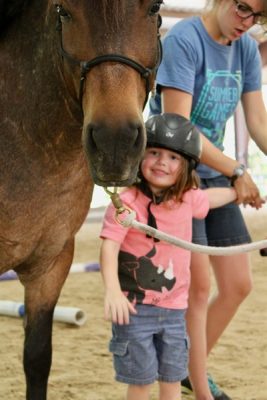 “In Parelli, what we’re looking for in our relationships is getting horses calm and connected to feel successful. When horses learn how to figure out how to put their foot on something and you tell them ‘good boy’ or ‘good girl,’ it releases endorphins and they want to do more for us. They enjoy being with us and look forward to it. These therapy horses need that—something enriching in their lives. They’re putting up with a lot. It really opened the eyes of the handlers and their volunteers. It made it more fun! They got to use their imaginations and come up with challenges for each other. I had them pair up and asked ‘Can you get your horse to back up and put its tail against the barrel? Can you touch it with other body parts? Can you get the horse to put its ribs on the barrel?’ This makes ‘touch-it’ a lot more fun and interesting. You have to communicate with your horse from 12 feet away.”

As the therapy horses became more interested in their humans, the humans got hooked on horse psychology. “There was one woman with a dressage background who was fairly new to the program,” said Christi. “She was skeptical about Parelli and didn’t see any value in it. Then she got excited—she was the biggest proponent!”

Such enthusiasm is important for team members. They’re tasked with promoting success, independence, and dignity among students. Success came in the form of spontaneous speech and more for one boy, Jackson. Sheila reported that “Jax” developed normally as an infant until he regressed after a fever. He quit sleeping through the night and stopped talking, returning to babble. His parents were horrified and felt helpless. At 18 months, he was diagnosed as autistic. A diagnosis did little to ease his parents’ minds or even give them a sense of control to understand what was happening to their son.

Sheila said: “Autism is a complex diagnosis, as there are multiple types, each with its own array of behavioral and mental challenges. The cause is still unknown, and treatment is limited to symptom management. However, given the right tools, symptom management can change lives, as was the case with Jax.”

When Jax arrived, his Mom was skeptical. “She just knew he wouldn’t put on the darn helmet without a fight,” Sheila said. “But even on that day when everything was new and unfamiliar, Jax was ready to go. He happily put on the helmet, got right on the horse, and had a wonderful riding lesson. Jax is still nonverbal, but his speech instructors notice great strides in his ability on his lesson days, including spontaneous speech after his first-ever riding lesson.”

In another case, Mason had suffered from extreme night terrors and digestive issues since birth. His behavior was characterized by massive meltdowns with screaming, crying, biting, hitting, kicking, and throwing things to the point of wearing himself out. He lined up his toys in a particular manner and then sat back and stared at them. He didn’t interact with other children. He never allowed his hair to be brushed and refused to wear any clothing with tags. He got overstimulated easily with everyday things. 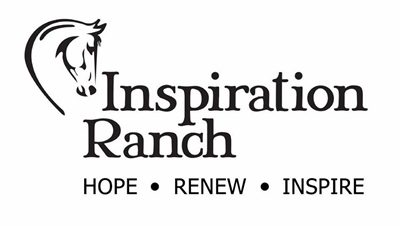 Although Mason has been riding for less than a year, his mother reports fewer meltdowns and better focus and attention. Being at the ranch has been therapeutic for her as well, having the opportunity to talk with other parents of challenged and disabled children.